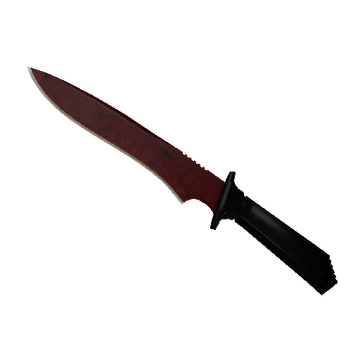 Classic Knife | Crimson Web was added to the game on October 18, 2019, as part of the CS20 Case, which was released alongside the "Cache and Release" update.

The blade of the knife is painted solid red and adorned with a black web pattern. The handle and the guard are painted black.

Float Value of Classic Knife | Night ranges from 0.06 to 0.80, which makes the skin available in all conditions. The first small abrasions start to appear on the guard and the spine. At Float Values close to the maximum, about 50% of the paint layer is peeled on the blade, and the handle has large abrasions. The paint is almost completely peeled on the guard and the spine.

Classic Knife | Crimson Web became popular after the release and remains in demand today. Rare pattern variations of the skin are highly valued by collectors.