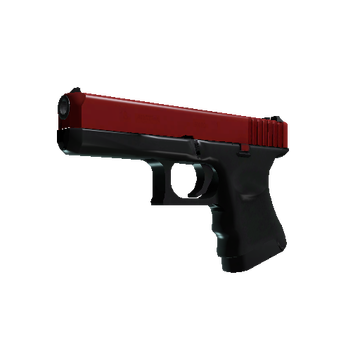 Glock-18 | Candy Apple was added to the game on November 27, 2013, as part of The Italy Collection, which was released alongside the “Out with the old, in with the new” update.

The slide is painted solid red. The remaining parts of the pistol are made in black.

Float Value of the skin ranges from 0.00 to 0.30, which makes Glock-18 | Candy Apple available only in Factory New, Minimal Wear, and Field-Tested condition. The first abrasions appear on the slide and the handle already in Factory New condition. At levels of wear close to the maximum, the number and size of abrasions slightly increase, the skin becomes a little darker.

Glock-18 | Candy Apple became popular after the release and remains in demand today.

Relevant prices for Glock-18 | Candy Apple skin on CS.MONEY are listed below.