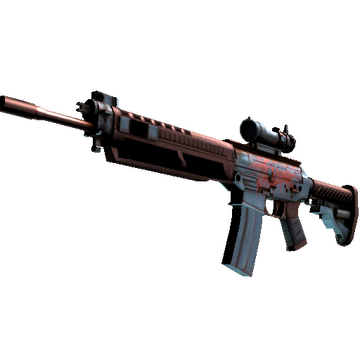 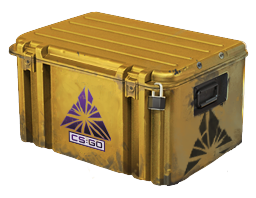 SG 553 | Ol’ Rusty was added to the game on August 7, 2020, as part of The Fracture Collection, which was released alongside the "On the Case" update. The skin was created by Ertz and Sir Kibbleknight

The central part of the rifle, the magazine, and the scope are painted with silver paint and complemented with a pattern imitating stains of rust. The handguard, the buttstock and individual parts of the weapon are coated with copper paint. The receiver is adorned with a red vintage inscription “Ol’ Rusty”. The handle is partially wrapped with duct tape.

Float Value of the skin ranges from 0.00 to 0.70, which makes SG 553 | Ol’ Rusty available in all conditions. Scratches and abrasions do not appear on the weapon’s body. At levels of wear close to the maximum, the entire rifle is coated with a layer of patina, which makes the skin look noticeably darker.

The quality of SG 553 | Ol’ Rusty is Mil-Spec Grade. The skin has a StatTrak option.

SG 553| Ol’ Rusty became popular after the release and remains in demand today.

Relevant prices for SG 553 | Ol' Rusty skin on CS.MONEY are listed below.