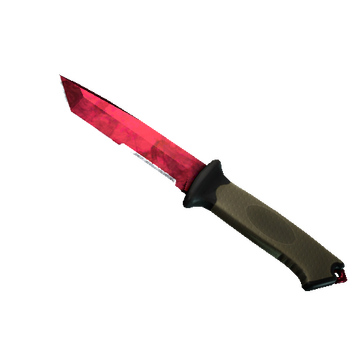 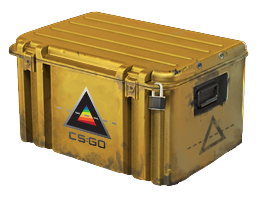 Ursus Knife | Doppler Ruby (Ursus Ruby) was added to the game on March 13, 2018, alongside the "Seeing the Light" update. The skin is available in the "Prisma" case.

The blade of the knife is painted with metallic paints and adorned with a pattern of translucent wavy lines resembling smoke. The color scheme of the skin includes various shades of red creating gradient transitions. The design of the skin resembles the texture of the ruby. The handle remains unpainted.

Float Value of the skin ranges from 0.00 to 0.08, which makes Ursus Knife | Doppler Ruby available only in Factory New and Minimal Wear condition. At levels of wear close to the maximum, the knife has small abrasions located on the spine.

“Doppler Ruby” is one of the most popular skins for Ursus Knife. The skin has a very large number of fans, but due to a high price, it is rarely seen in the game.

The pattern index affects the texture overlay. Special or rare variations of the pattern are missing.